Reviewed by: Carla
Review: VIRGIL & OWEN is a story about a penguin called Virgil that finds a polar bear named Owen. Virgil wants Owen to come with him but Owen plays with the terns instead. Then Owen plays with the seals. Lastly Owen plays with the penguins. Virgil loses his patience and tells Owen that he is his polar bear and to come with him. Owen says no. Virgil stomps,kicks snow,and jumps up and down. Owen asks Virgil to play with everyone. Virgil accepts and everyone plays together. Virgil has something to say to Owen thought. Virgil tells Owen that hes not his polar bear hes his friend. Everyone agrees that they are all friends! The story was exciting when Owen asks Virgil to play with him because you didn’t know if he would say yes or no. I liked best that in the end everyone is friends. Overall VIRGIL & OWEN is a great story with a nice friendship lesson. 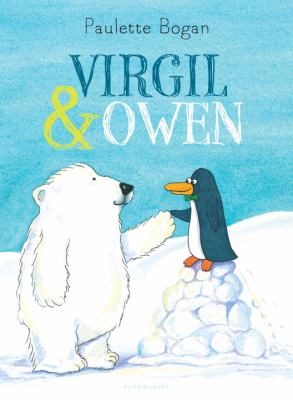