Reviewed by: Katrina
Review: This book was about a pig who is born for adventure although she’s stuck in a pen. When she meets a cat named Luna who tells her about all the great things in the outer world Flora gets even more determined to visit the outside world and become a sled pig. When she’s taken away from her mother and on to a ship with sled dogs she gets over excited, because her purpose on her ship is not what she thinks it is. On the ship she meets a new cat friend named Sophia who is detrimend she can do every thing alone because she’s a cat Flora has a new mission, to teach her new friend about the meaning of friendship. When their ship is sunken and a crew of dogs are going send out to find a rescue Flora is excited to finally get a chance to pull. But when Sophia and her new dog friend Oscar tell her she was put on the ship to be food and that they need to hide her Flora is heart broken but when Oscar is left behind from the mission along with a boy who was expecting to go too they set off on their own adventure leaving Flora and Sophia alone. To save her friends flora and Sophia set out to find sick Oscar and the boy. When they do Oscar is horribly sick and Flora knows that she has to stop him from killing himself of over work. But the only way to do that is to pull the sled herself and she has another problem too Oscar is stubborn about giving up his pulling. But Flora dose it and saves the crew with the help of her team. I was crying during so many parts, this was a amazing book! 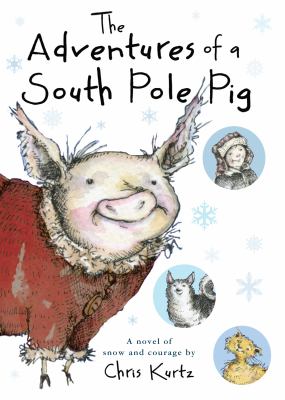